The Hornetshave already made an offer for Muslera, with his club Galatasaray understood tohave already turned the bid down.

Muslera is currently under contract at Galatasaray until 2021.He played a key part in Galatasaray’s title winning season last term, the fourth time in whichMuslera has won the title with Galatasaray, and his 11th trophy overall.He alsokept 13 clean sheets in 38 appearances last season.

He has made 99 appearances for Uruguay, and has kept twoclean sheets in his nation’s opening two games of this summer’sWorld Cup. He was part of the Uruguay side who won the 2011 Copa America, and was also a member of the team who finished fourth at the World Cup in 2010.

Watford’s current number one is Brazilian Heurelho Gomes, who made 26 appearances for the club last season. Orestis Karnezis, on loan from Udinese, played backup to Gomes, but as he has now returned to his parent club, meaningthe club are keen to strengthen the position.

Watford also have Romanian Costel Pantilimon, who spent last season on loan at​Nottingham Forest,among their ranksbutFotomacclaim Muslera is a key target for the Hornets. 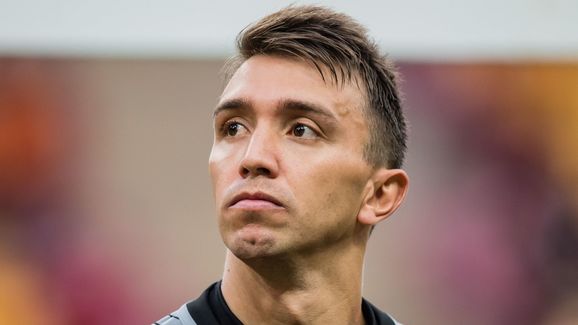 The 32-year-oldleft Italian side Lazio to join Galatasaray in 2011, and has gone on to make 281 appearances for the Turkish club. In that time, he has kept 89 clean sheets.